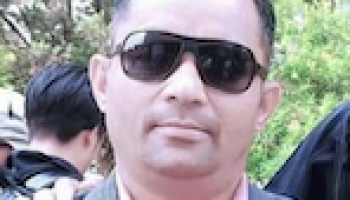 Book Trip Make Your Own Trip
Quick Inquiry for Trip

Chitwan National Park is located in inner Terai's subtropical lowlands, which span 952.63 square kilometres in south-central Nepal. The late King Mahendra declared the Tikauli forest, which covers 175 square kilometres and stretches from the Rapti River to the foothills of the Mahabharat, to be Mahendra Mriga Kunj (Mahendra Deer Park) in 1959. The region south of the Rapti River was designated as a rhinoceros refuge in 1963. In 1973, the region was designated as the first national park in the nation in recognition of its distinctive ecosystems of global importance. In 1996, a 750 sq. km. area surrounding the park was designated as a buffer zone. This region consists of forests and privately owned property, including agricultural land. In 1984, UNESCO designated RCNP as a World Heritage Site. The Churia hills, Ox-bow lakes, and flood plains of the Rapti, Reu, and Narayani Rivers are only a few of the park's many ecosystems. From 150 meters to more than 800 meters, the Churia hills gradually climb in the direction of the east. The lower but rougher Someshwor hill makes up the park's western section. The Parsa Wildlife Reserve and the park share a border to the east.

Tropical and subtropical woods cover the Chitwan valley. 70 percent of the park is covered in sal woods. Local celebrations and religious offerings use sal leaves as dishes. In the park, there are 20 percent grasslands. There are more than 50 different kinds of grass, including the enormously tall elephant grass (Saccharum spp. It can reach a height of 8 meters. There are 55 amphibian and reptile species, over 525 bird species, and over 50 animal species in the park. The one-horned rhinoceros and gaur are two examples of the park's endangered wildlife. Bengal royal tiger. Elephants in the wild, antelopes with four horns, pangolins, golden monitor lizards, pythons, etc. Florican of Bengal. The smaller florican, the giant hornbill, the black stork, the while stork, etc.

The exhibit at Sauraha's visitor centre offers fascinating details on the wildlife and conservation efforts. The gift and souvenir shop run by the women's user groups have a wide selection of handicrafts and other regional goods.   The most popular thing to do in  Chitwan National Park is An elephant safari, which offers the chance to witness the threatened one-horned rhinoceros up close. Also possible is spotting the elusive Bengal tiger. You may learn more about captive elephants and the calves born there at the Elephant Breeding Center in Khorsor, Sauraha. You can reach the Gharial Breeding Center, which also houses the Marsh mugger and a number of turtles, after a quick 1-kilometre stroll from the park headquarters. Numerous resorts offer hotel accommodation options as well as access to animal activities. Mountain Guid Trek has a special cost package for Chitwan National park safari.

Day 1: Arrive, be met, and be taken by boat across the Narayani River to Chitwan. Also included are forest walks, elephant safaris, and boat rides.

Arrive, meet, and travel by boat to IJR over the Narayani River.

Our Guest Relations Officer will brief visitors once they arrive at the resort.

Crocodile Walk begins at 9:00. A 45-minute stroll upstream of the Narayani River through woodland and grassland. As you float back to the camp, board boats to see crocodiles along the riverbank.

Wake Up Call then tea or coffee

Note: The Cost Includes and Excludes part in the itinerary may help you better understand how the trip is planned. We will get back to you with the actual cost of the trip as soon as you let us know the number of interested travelers and the departure date. 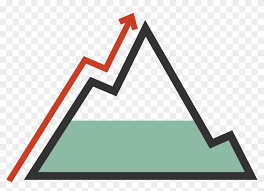 A Jungle Safari: the Nat...

You may go on an exciting jungle safari in Nepal in addition to the... Thank you Ram and your team who helped us during our trip in Nepal.It was really great trip for us to Everest base camp,Our guide chhapte and porter d... Spending time with the Mountain Guide Trek & Expedition team is unforgettable. I'd want to thank Mr. Ram Chandra Dhamala and his staff for planning su...

"Its Great Time With You P.S. Mountain Guide particularly Ram and Manil were extremely friendly and very helpful. They had good connections with the air (even helped us with a...